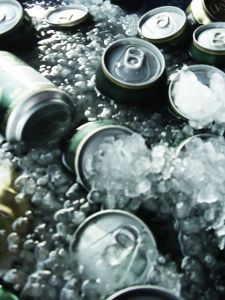 A 46-year-old Villages neurologist was sentenced to one year of probation after entering a guilty plea to DUI charges stemming from a traffic stop earlier this year in Fruitland Park.

As a result of the plea deal, the woman will lose her license for six months and must undergo drug and alcohol treatment as well as attend DUI school.

As part of the plea deal, two misdemeanor charges of unlawful possession of prescription drugs were dropped against the woman who was accused of possessing 251 mixed and loose pills without a prescription during the traffic stop on Feb. 17.

The woman is currently on a leave of absence from her position as an independent medical practitioner at The Villages Hospital.

According to Fruitland Park police, the woman was spotted swerving in and of traffic and failed a sobriety and Breathalyzer test - registering a .087 and .081, barely over the legal limit.

After searching the woman’s vehicle, police allegedly uncovered a black bag of 251 pills that included dextroamphetamines, hydrocodone, acetaminophen and other loose pills.

The woman’s plea deal also calls for her to perform 50 hours of community service, have her vehicle impounded for 10 days and pay more than $1,700 in fines and court costs.

In some cases following a DUI arrest, a plea bargain is offered by the prosecution in exchange for pleading guilty. In fact, the prosecuting attorney may tell you that your only hope at avoiding a conviction for DUI is to accept a plea deal. It is important for offenders to understand the full scope of what they are being offered and whether it is actually a good deal. One of the most important things you can do when facing this situation is to consult with a DUI defense lawyer. This provides you with the opportunity to obtain the information you need in order to make the best choice regarding your particular case, including whether or not to accept a plea bargain.

Deciding between a plea bargain and trial is a difficult task that should be given careful consideration. Plea deals can be advantageous in certain situations, but other times a DUI case must be taken to trial to achieve the desired outcome. The Villages DUI Defense Lawyers can review your arrest records, evidence, video taken from the arresting officer's car and your Breathalyzer test results. After conducting an investigation we can advise you of your rights and options and aggressively work towards defending your interests.

The Villages DUI Defense Lawyers at Whittel & Melton can help you with your DUI case. We strongly recommend speaking with us before accepting a plea bargain for DUI. Accepting a plea deal basically means you are admitting that you are guilty of DUI. While you may have been told that your case is helpless, there may be other options available to you to help you avoid a conviction entirely.

If you were arrested or charged with driving under the influence in Marion, Lake or Sumter County, contact The Villages DUI Defense Attorneys at Whittel & Melton online or call 352-369-5334.