Two men have been arrested on prowling, burglary and other charges after they were allegedly spotted looking into the windows of various homes in The Villages.

In addition to the above charges, the 22-year-old handyman from Lady Lake and the 19-year-old man of Weirsdale were charged with petit theft, criminal mischief, possession of burglary tools and possession of methamphetamine.

Both remained in the Sumter County jail on Tuesday on $32,000 bond.

According to the Sumter County Sheriff’s Office, deputies responded to several burglary reports in The Villages just before dawn, including one on Ducksbury Street, where a resident claims he witnessed two men wearing knit caps and using flashlights near his screened-in porch.

Another person on Allaire Loop, nearly 1,500 feet away, told police his Mazda RX8 had been broken into and he noticed his garage door opener was missing. Another Ducksbury Street resident reported a break-in of his truck, which apparently had pry marks outside and money missing from the inside.

Witnesses claim they saw the suspects walking between houses and peering through the windows, according to an arrest affidavit. 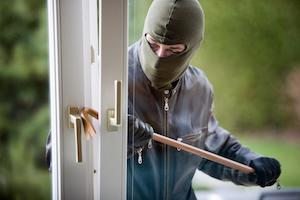 Deputies said that once they arrived at the scene they noticed the two men and a woman driving a silver Chevrolet between houses, leaving tire marks and other damage on the grass.

Deputies searched the vehicle, as well as the men, and allegedly found some of the stolen items as well as flashlights, box cutters, prying tools, hammers, pliers, gloves and other tools that could be used to break in to homes and vehicles.

Deputies claim they uncovered a white pasty substance in a backpack of the car that later tested as meth.

The woman in the car was not arrested. According to an arrest affidavit, she told deputies she drove the men to the area “under false pretenses.”

Florida courts and law enforcement take the crime of burglary very seriously. Being convicted of burglary means a felony conviction. A felony conviction can result in substantial time in prison, large fines, parole and/or probation as well as a slew of other criminal consequences.

Not only can a burglary conviction impact your personal, family and social relationships, a felony conviction of this nature can interfere with future employment, financial and educational opportunities. A felony conviction will also terminate your rights and freedoms that come along with being a U.S. citizen.

When charged with burglary or a theft-related crime, you should work fast to employ the help of a criminal defense lawyer. As former prosecutors, a Villages Burglary & Theft Attorney at Whittel & Melton can thoroughly review the facts of your case and can help you fully understand the legal process you will be facing. For a free initial case evaluation, please call us today at 352-369-5334.