A 23-year-old Tavares man was sentenced to 10 years in federal prison last month after pleading guilty to charges of attempting to entice a minor to engage in sexual activity.

Court documents indicate the man responded to an Internet ad posted by an undercover police officer earlier this year. The man allegedly corresponded with undercover police via text messages, email and telephone calls in an attempt to set up a meeting for sex with a 14-year-old girl.

The man was arrested after traveling from his Lake County home to Sumter County to meet with what he thought was a teen girl. Police claim he had two condoms in his possession at the time of his arrest.

He was one of 22 additional suspects arrested during the week-long sting operation dubbed “Starcop 2.” The operation was conducted by the Sumter County Sheriff's Office and the Federal Bureau of Investigation. A similar undercover operation called “STARCOP” was conducted last year. 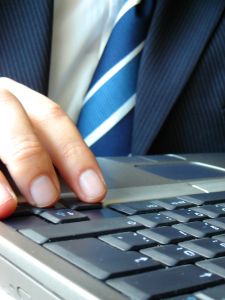 The Internet has opened up lines of communication to everyone, including minors. While there is no harm in chatting with those under the age of 18, it is illegal to make sexual advances to juveniles using Internet chat rooms, emails and text messages. Many people make the mistake of believing that all Internet activity is anonymous. This is simply not true. In fact, local and federal law enforcement agencies have the resources to track Internet activity and trace it back to a specific person. Enticing a minor is a serious offense in Florida that carries very harsh consequences. Therefore, it is essential to consult with a qualified sex crimes defense attorney as soon as possible to develop a strong defense strategy for your unique circumstances.

While undercover sex stings are all conducted using different tactics, the ultimate goal is for police to make contact with any person who might be using the Internet to lure children into participating in illegal sexual activity. Many of these stings involve undercover detectives posing as children interested in having sex with adults. The fact that communication involves a police officer and not a real child cannot be used as a defense against charges. However, defenses for this type of charge do exist. A Villages Sex Crimes Defense Attorney can help you explore your options.

If you or someone you love has been charged with an Internet sex offense involving a minor in Sumter, Lake or Marion County, contact a Villages Sex Crimes Lawyer at Whittel & Melton today online or call 352-369-5334.