A vehicle suspected in the hit-and-run death of a 22-year-old Clermont pedestrian Monday night has been found due to social media, according to the Florida Highway Patrol.

Investigators were able to locate the black Honda Accord involved in the accident Tuesday night after someone phoned in a tip that they had seen a story on a social media website about the FHP seeking information on the hit-and-run.

FHP released no further details about the registered owner or where the vehicle was found.

The crash happened on U.S. Highway 27 near the Four Corners area of Clermont.

According to reports, a man was walking westbound along U.S. Highway 27 around 10:45 p.m. when he tried to cross the highway near County Road 474 and was struck by a hit-and-run driver.

The debris left at the scene, including a piece of the vehicle’s bumper and left-side mirror, indicated a black vehicle was involved. 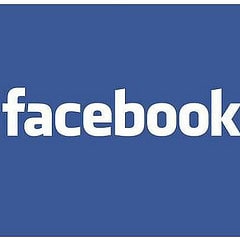 Despite the fact that there are very harsh penalties for people who leave the scene of an accident, drivers still commit hit-and-runs in The Villages and surrounding areas on a regular basis. According to the American Automobile Association Foundation for Traffic Safety, nearly 11 percent of all crashes reported to the police involve some type of hit-and-run. On the same note, the National Highway Traffic Safety Administration reports that nearly 18 percent of pedestrian fatalities are caused by hit-and-run accidents. The reckless actions of hit-and-run drivers place everyone on U.S. roadways at risk.

Many people who leave the scene of an accident are afraid of facing criminal consequences because they know they are at fault. Some of these reckless motorists are intoxicated or in the process of committing another crime, so they fear what will happen when police show up to the scene. Others just flee in a moment of panic after realizing the devastation they have caused.

If you have been the victim of a hit-and-run accident, or have lost someone close to you because of a negligent driver, a Villages Injury Lawyer at Whittel & Melton can help you build your case. You will never pay us a dime until you have obtained a financial settlement, so there is no risk in calling us at 352-369-5334 to set up a consultation.