A seaplane crash in Tavares Thursday left a passenger suffering from minor injuries, according to Lake County sheriff's deputies.

The crash happened around 11:30 a.m. in a wooded area behind the parking lot of Lake Idamere Park on County Road 448 in Tavares. Deputies at the crash site said that witnesses viewed the white and gray Searay fly over the Institute of Public Safety right before it crashed.

The plane was headed to a nearby Searay plant and attempting to land in the water.

The plane apparently clipped some trees on the other side of the lake, spun around and crash landed into a path of downed trees. It is unknown what caused the plane to crash. 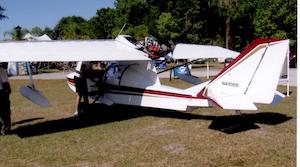 The passenger was taken to a local hospital with unnamed injuries. No other injuries were reported.

The FAA arrived on the scene to investigate.

With its beautiful scenery and numerous airports, Florida is certainly a hotspot for general aviation. Air transportation is an attractive alternative for both business and recreation purposes alike due to its convenience. In fact, the Federal Aviation Administration verifies that Florida ranks just second to California in the number of FAA certified pilots.

Small plane accidents can occur due to a variety of reasons. The only way to figure out the truth behind these crashes is to investigate the scene promptly and preserve critical evidence. The following are all examples of common reasons small plane accidents happen:

If you have been injured or lost a family member in an accident involving a small plane, it is very important to contact an injury lawyer as soon as possible so that your rights can be protected. A Villages Injury Lawyer at Whittel & Melton can help you fully understand your legal rights and options. Contact us today online or call 352-369-5334 for a free consultation.