A 49-year-old Minneola man was picked up on his ninth DUI charge after crashing into a car and injuring three people, according to the Lake County Sheriff’s Office.

The man was previously arrested eight times for driving under the influence, according to reports.

The man was charged with DUI and driving with a suspended license. He was released from the Lake County jail after posting a $20,000 bond.

According to an arrest affidavit, the man’s Mercedes crashed into another vehicle at the intersection of U.S. Highway 27 and Pearl Street. He apparently blamed the accident on the other driver. The other driver, an adult female, suffered injuries, along with two occupants in the car, the driver’s 16-year-old daughter and another girl. They were driven to South Lake Hospital by a relative, according to reports.

The female driver and three independent witnesses all blamed the man for the accident. Reports state that the man “simply pulled out in front of the other vehicle.” 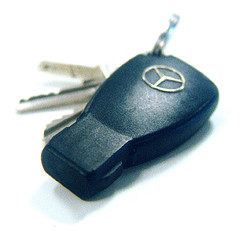 The sheriff’s deputy on the scene suspected the man had been drinking but apparently could not perform any field sobriety tests because the man hurt his arm in the collision, according to the accident report. The deputy claims he later spoke with the man at South Lake Hospital, where he refused to submit a blood sample and then refused to speak with the officer.

Reports indicate that the man has been arrested six times for DUI in the state of New York and twice previously in Florida, including once with a juvenile in the car. He also has been arrested twice for domestic battery, according to jail records.

Have you been charged with DUI for the second or subsequent time? The state of Florida treats repeat DUI offenders quite harshly. If convicted, you could be looking at large fines, probation, license suspension and other serious penalties. It is important to seek advice as well as legal representation from a DUI Defense Lawyer who can explain all of your legal options.

The Villages DUI Lawyers at Whittel & Melton can help you through your DUI arrest, whether it is your first arrest or your tenth. We will do everything in our power to help you get your charges reduced or dismissed where possible. Call us today for a free consultation at 352-369-5334 or contact us online.