Four Injured in Rear-End Collision With Lynx Bus Near Zellwood

Four people were injured, two seriously, after a car rear-ended a Lynx bus north of Zellwood on Monday.

A 22-year-old Orlando man driving a 2010 Toyota struck the bus around 3:45 p.m. at a bus stop on Orange Blossom Trail at Robinson Street while the bus was stopped and letting off a passenger.

The 52-year-old Orlando bus driver was not harmed. 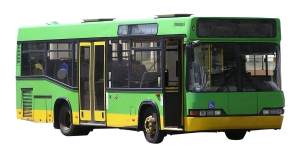 While most drivers in The Villages and surrounding areas operate their automobiles in a safe manner, it only takes one negligent driver to cause a serious collision. When an irresponsible driver gets behind the wheel of a car and fails to take into account the safety of everyone sharing the road, they are guilty of careless driving. When someone suffers injuries because of another person’s negligent or reckless actions, Florida law clearly states that you can seek financial compensation for your pain and suffering.

While driving is already a naturally hazardous activity, the chances of causing an accident are significantly increased when careless drivers choose to ignore the safety of other drivers and passengers. Because of this, careless drivers must be held accountable for their actions when innocent people are injured or killed as a direct result of their absentminded conduct.

Car, truck and bus accidents caused by reckless motorists can result in serious, catastrophic injuries. A Villages Auto Accident Attorney at Whittel & Melton can fight for you in court so that you can recover the compensation you need to move on with your life no matter what type of injury you have suffered, including:

If you or someone you love has been involved in a car accident with a careless driver, you may be entitled to numerous damages, such as compensation for medical bills, property repairs, disability, loss of income and pain and suffering. It is in your best interests to contact a Villages Auto Accident Attorney at Whittel & Melton as soon as possible after an accident because there is a limited window of time for filing a lawsuit. For a free consultation of your injury case, contact us today online or call 352-369-5334.