Eustis Man Arrested for Fourth DUI – On a Bicycle

A 42-year-old Eustis man was arrested this week for his fourth DUI, this time after he apparently rode a bicycle while intoxicated.

He was also charged with refusal to submit to a DUI test and was booked into the Lake County jail with bail set at $10,250.

According to the arrest report, officers were called to a Eustis restaurant late Saturday night because the man allegedly refused to leave the premises. Police claim they saw the man leaving the restaurant on a bicycle without a headlight.

Officers stopped the man and asked him to submit to a sobriety test, however the man apparently refused to fully cooperate. 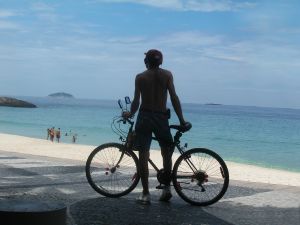 While it may seem shocking, you can in fact be arrested for DUI when riding a bicycle with a blood alcohol level of .08 or higher in the state of Florida. If the State can prove that you were driving a vehicle with a blood alcohol content of 0.08 or more or while normal faculties are impaired, you certainly can be convicted of DUI. Although not every state considers a bicycle to be the appropriate vehicle for prosecuting a DUI, Florida does. In fact, you can be convicted for DUI while operating pretty much any type of vehicle in Florida – a bike, scooter, moped, motorized wheel chair, golf cart, lawn mower and even a horse.

Just like a standard Florida DUI, the punishments for a bicycle DUI can be harsh. Not only could you lose your driver’s license, but you could be required to serve time in jail. However, just because you are accused of driving under the influence, does not mean you have been convicted. A Villages DUI Defense Lawyer at Whittel & Melton can help you fight the DUI charges against you, whether you were arrested behind the wheel of a car, motorcycle, bike or horse. For a free case consultation, contact us today online or call 352-369-5334.