Four people, including a 22-year-old Clermont man, have been charged in the U.S. Department of Justice’s first lawsuits over counterfeit smartphone apps.

In a press release this week, the Acting Assistant Attorney General Mythili Raman said, “These crimes involve the large-scale violation of intellectual property rights in a relatively new and rapidly growing market. While this represents the first counterfeit apps case by the Department of Justice, it exemplifies our longstanding commitment to prosecute those who steal the creative works of others.”

The Clermont man was charged with one count of conspiracy to commit criminal copyright infringement. A 21-year-old of Jacksonville, a 26-year-old of Orlando and a 38-year-old of Oregon City, Ore., face the same charge.

The maximum prison sentence for the charge of conspiracy to commit criminal copyright infringement is five years in prison. 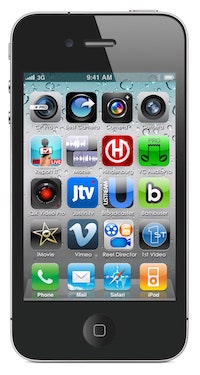 According to reports, this work was performed without permission from the software developers and other copyright owners of the apps, who would otherwise sell copies of the apps on genuine online markets for a fee.

U.S. Attorney Sally Quillian Yates made this statement this week: “These defendants are charged with violating the law by stealing copyrighted apps, thereby depriving the creators of the apps the fruits of their labor,” she said. “We are committed to protecting copyright owners and we will continue to vigorously prosecute those who steal all forms of copyrighted work.”

Google's Android is the most widely used mobile operating system. The DOJ will clearly use its first string of lawsuits against these men to demonstrate how smartphone apps have become a target for counterfeiters. It will certainly be interesting to see how each of these cases play out, as the results will likely set the bar for future cases.

As with any type of criminal matter, early intervention when it comes to conspiracy charges is crucial to obtain a successful outcome. A Villages White Collar Criminal Defense Lawyer at Whittel & Melton can review the facts of your case and help you establish the most powerful defense against these charges. As former prosecutors, we understand how the criminal justice system works and can negotiate for a reduced sentence, or even have your case dismissed entirely. No matter how complex the charges are that you face, we stand ready to take your case to trial. We will make sure your rights are protected from the start of your case all the way through to its resolution. For a free consultation to discuss your legal options, please contact us today online or call 352-369-5334.