COVID-19 Suspected or Confirmed in 19 Care Facilities in Florida 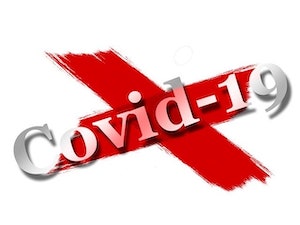 Coronavirus is suspected or confirmed in 19 long-term care facilities in Florida as of Wednesday, potentially exposing hundreds of the state’s most vulnerable people to the virus, according to state officials.

State officials are refusing to identify the facilities, citing privacy concerns. One person in a Broward County assisted living facility who tested positive for the virus died this week. Two other people died at the same facility around the same time, but they tested negative for the virus, Gov. Ron DeSantis said Wednesday.

Agency for Health Care Facility Secretary Mary Mayhew said the state was sending teams of health officials to every facility that raises concerns about the virus, but she would not answer when asked whether everyone in those facilities has been tested.

There are thousands of nursing homes, assisted living facilities and other sites in Florida, and an outbreak of coronavirus in one of them is a worst-case scenario public health officials have feared.

The virus is far more fatal than the flu among older people and people with underlying medical conditions, and the state has stopped all visitation for the next 30 days at nursing homes, assisted living facilities, adult family care homes, long-term care facilities and adult group homes.

When a nursing home outside Seattle experienced an early outbreak of the virus, at least 25 people associated with the facility died.

The state is now requiring every person working in a facility that houses older or more vulnerable populations to wear masks, DeSantis said. DeSantis said officials fear the person who died contracted the virus from someone who was not displaying symptoms.

DeSantis said the state was also working with the University of Florida to provide more testing in The Villages, the nation’s largest retirement community.

Increasing the number of tests remains the top priority, DeSantis said. The state has enough kits to conduct 600,000 individual tests, he said, but the state is lacking other kinds of materials needed to carry out those tests.

There are not enough reagents to conduct the tests, and the state is waiting on 500,000 swabs they ordered a week and a half ago. DeSantis identified the swabs as “probably the biggest supply issue we’re seeing.”

“A huge supply of swabs will let us ramp up the number of people that can be tested very, very quickly,” DeSantis said.

The state is also awaiting an order of 150,000 personal protective equipment kits, which include coveralls, gowns and goggles that in many situations are single-use only. DeSantis said he spoke to U.S. Defense Secretary Mark Esper about the shortages, a request he said other governors were making as well.

“This is probably the biggest rush to get medical supplies in the history of the United States,” DeSantis said.

The governor is still refusing to issue state-wide orders to close beaches and restaurants, however.

“I don’t want to shut every aspect of life down," he said Wednesday. “I don’t think that would be effective.”

“I think that will cause huge problems throughout the state,” DeSantis said.

According to the Nursing Home Abuse Center, around 95 percent of nursing homes and assisted care facilities in the U.S. are understaffed. This is scary data as our Villages Nursing Home Neglect and Abuse Attorneys at Whittel & Melton know how an understaffed facility can easily lead to mistakes, injuries, and now the deaths of nursing home residents due to coronavirus dangers.

The Centers for Disease Control and Prevention (CDC) has said that senior citizens carry the characteristics that put them at greater risk of illness and death related to the virus. The CDC has put together a list of symptoms and emergency warning signs of coronavirus to watch for:

If someone you love has suffered harm or contracted a serious infectious disease that is the result of neglect due to an understaffed workforce at their nursing home or assisted care facility, our Villages Nursing Home Abuse and Neglect Lawyers at Whittel & Melton are ready to help you. We strongly urge you to reach out to us as soon as possible so that we can provide you with a free nursing home negligence consultation. We are proud to help those in The Villages, Ocala, Bushnell, Tavares, Gainesville, Inverness, Brooksville, New Port Richey, Dade City, Tampa, Orlando and throughout the State of Florida.