The increased number of burglaries at construction sites in Sumter County has boosted the crime rate in the county by 25.3 percent during the first six months of this year.

While nonviolent offenses, such as burglary and larceny, were up, violent crimes such as assault, rape and robbery were in the single digits.

Larcenies and robberies made up the majority of the added crime. Reports show there were 236 larcenies, which is 32 more than last year. Burglaries soared by 41 cases, to 133.

Law enforcement officials believe burglaries of new homes being constructed in The Villages earlier this year dramatically contributed to the increased crime rate. Police claim three to four televisions and appliances, such as washers and dryers, were taken every night. 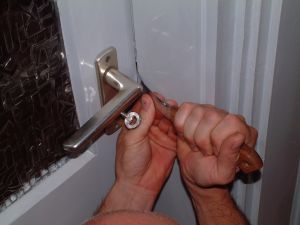 While the string of recent burglaries is a problem, police claim they have made arrests in the television burglaries and broken up theft rings which has combatted part of the problem. The sheriff’s office clearance rate apparently shot up from 34.8 percent last year to 38.4 this year.

Crime rates show that the number of crimes in Bushnell increased by 22.3 percent during the first half of this year, from 67 to 82 cases including 53 larcenies and 13 burglaries.

If you or a loved one has been accused of, charged with or arrested for a crime, it is in your best interests to speak with a criminal defense lawyer right away to discuss your legal options. In order to receive the most favorable outcome for your situation, a strong defense strategy must be developed. A Villages Criminal Defense Lawyer can help you fight the charges stacked against you in Lake, Sumter or Marion County. Whether you are facing misdemeanor or felony charges, we know the full impact that a criminal conviction can have on your future and can help you navigate through the Florida legal system.

If you are facing charges related to a theft crime, drug crime, crime of violence or any other type of criminal charge, a Villages Criminal Defense Attorney at Whittel & Melton will fight aggressively to make sure your rights are protected throughout the duration of your case. As former prosecutors, we know the tricks used by the prosecution and can use them to your advantage to increase the chances of having your charges reduced or dropped entirely.

For help with your criminal matter, contact a Villages Criminal Defense Lawyer at Whittel & Melton today online or call us at 352-369-5334.