A Winter Garden man passed away in a freak accident over the weekend when he was electrocuted after crashing his Hummer SUV into a power pole, according to Florida Highway Patrol troopers.

The 21-year-old was travelling westbound on Cook Road near Schofield Road in Lake County around 1 p.m. when he apparently lost control of his 2003 Hummer. He swerved off the road onto the north shoulder and smashed into the pole, which in turn damaged several power lines, troopers claim. 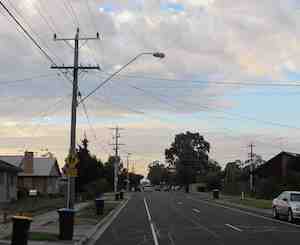 The man was not seriously injured in the crash, but when he got out of his SUV to check for damages to his vehicle, he walked into a live power line that he failed to see dangling in front of him and was shocked.

A passer-by contacted authorities after finding the man’s body. He was pronounced dead at the scene.

Electrocution is defined as death caused by an electric shock. An estimated 1,000 people die every year as a direct result of electrocution in the United States, according to the National Institutes of Health.

If a loved one has been killed by an electrocution accident that was someone else's fault, you may be able to file a wrongful death claim for compensation. Electrical shock and electrocution claims are often complex, however a Villages Wrongful Death Attorney at Whittel & Melton knows how to handle these types of cases so that you can receive maximum compensation for your losses. If you were the victim of an electrocution accident or lost someone close to you due to a fatal electric shock, please call us today for a free initial consultation at 352-369-5334. Remember, Florida law limits the amount of time you have to file a lawsuit. We do not charge any fee unless we successfully recover financial compensation on your behalf.