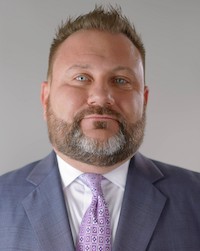 Mr. Jerla joined the firm in December of 2012. He currently focuses his practice on personal injury (including but not limited to automobile accidents, premises liability, negligent security, medical malpractice and wrongful death) as well as select criminal defense matters.

Prior to joining the firm, Mr. Jerla spent more than five years defending insurance companies, individuals and businesses in personal injury, first-party and third-party insurance claims and general commercial matters including matters involving claims for breach of contract against condominiums and homeowners associations, claims for professional and executive liability against realtor and officers and directors of condominiums and homeowners associations, and construction litigation.

After graduating law school, Mr. Jerla worked as an Assistant State Attorney in the Miami-Dade State Attorney’s Office from August of 2002 through January of 2007. During that time, he tried approximately 45 cases to verdict. Prior to leaving the Miami-Dade State Attorney’s Office, he was assigned to the Economic Crimes Division where he was responsible for the investigation and prosecution of investment fraud, insurance fraud, mortgage fraud, healthcare fraud, embezzlement and identity theft.

Tom has been listed as AV® Distinguished™ Peer Review rated lawyer by Martindale-Hubbell. He currently serves on the Florida Bar Association Student Education/Admissions to The Bar Committee and the Florida Bar Registered Paralegal Committee.

Reported Cases
Contact Us
Practice Areas
Client Reviews
★★★★★
"Great staff. Super friendly and professional. Highly recommend." A.H.
★★★★★
"The staff was very professional and attentive. They answered all my questions and walked me through the process step by step. I was very pleased with the outcome of my case." D.W.
★★★★★
"This firm was extremely helpful and courteous to deal with. I did not expect to need their services, but was fortunate to find such a great firm. Thank you for your services." E.S.
View More
Submit a Law Firm Client Review