The undercover bust, dubbed Operation Street Sweeper, came to a halt at noon on Thursday as more than 20 officers went door-to-door to serve warrants to suspected drug dealers throughout the county who had allegedly sold narcotics to undercover officers in the past six months.

The arrests started before dawn and netted 25 suspects. Most of the arrests were made between 5:30 a.m. and 7:30 a.m.

Police said that all the arrests went smoothly, but a SWAT unit and helicopter was placed on standby as a precaution.

Nearly half of those arrested were from Wildwood. At around 1 p.m. Thursday, Wildwood Police said there were still more suspects to detain. 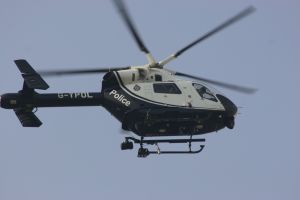 When you are arrested by an undercover police officer for doing something illegal, it is easy to believe that the odds of you beating the charges against you are slim to none. However, that is not necessarily true. Any evidence that police wish to use against you in court must be obtained legally. When police gather evidence illegally, it can be deemed inadmissible at trial. Because of the complexities surrounding undercover drug busts, it is best to consult with a criminal defense lawyer before making any statements to law enforcement agents. Even if you just have a suspicion that you may be arrested for a drug crime, you should obtain legal counsel before you are arrested or charged with a crime.

Sting operations are common police tactics when dealing with drug crimes. The point of these undercover operations is to make lots of arrests, even if that means violating the rights of those accused. Undercover drug busts can happen anywhere, and a Villages Criminal Defense Attorney can make sure your rights weren't violated during the course of the investigation or arrest. If your rights were compromised in any way, this could lead to some or all of your charges being dropped.

The best way to protect your future is to understand your rights. A Villages Drug Crime Defense Attorney can begin helping you right away. For a free legal evaluation of your case, contact us today online or reach us by telephone at 352-369-5334.