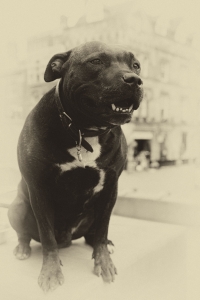 The debate over whether pit bulls are cold-blooded killers or just simply misunderstood has been recently reignited.

Last month, an 8-month-old infant was killed by a pit bull in a San Diego apartment. A Milwaukee man suffered serious injuries a few weeks ago after a pit bull leaped from a second-story balcony and attacked the man and his dog. Recently in Florida, a four-year-old girl required 50 stitches to close her face, head and back wounds after two pit bulls mauled her in her own home.

These recent attacks have caused Florida and many other states to start taking unique approaches to the problem of vicious dog bites and attacks, specifically targeting dog bites by pit bulls. Nationwide, the laws regarding pit bulls are becoming more stringent. In fact, more than 375 U.S. cities have apparently adopted stricter pit bull laws. Around 200 cities, including Miami, Kansas City and Denver have banned the pit bull breed entirely, as well as U.S. military bases. A court in Maryland ruled in April that pit bulls, which can include the American Pit Bull Terrier, Staffordshire Bull Terrier, and the American Staffordshire Terrier, are “inherently dangerous,” theoretically making it easier to blame pit bull owners when their dogs attack.

According to a compilation of U.S. and Canadian press accounts between 1982 and 2011, pit bulls were found to be one of the breeds most responsible for serious injuries or death.

The combination of pit bulls, rottweilers, their mixes and wolf hybrids were found to be responsible for:

Pit bulls possess powerful jaw muscles capable of causing agonizing injuries, which is why they are classified as a dangerous breed. A 2011 study conducted by the Department of Surgery, University of Texas Health Science Center, San Antonio, found that pit bull attacks are linked to higher morbidity rates, increased chances of death and higher hospital charges when compared with attacks by other dog breeds.

While any dog can have an aggressive moment and attack someone, certain dog breeds are known to be more violent than others. In general, pit bull owners are liable for any injuries their dog inflicts on others. Many pit bull attacks result in severe disfigurement to the victim, requiring reconstructive surgery which can be very painful and take months to fully recover from. A victim of a pit bull attack may be eligible to receive compensation for medical bills, loss of earnings, psychological counseling and pain and suffering.

Even if a dog has never displayed any signs of aggression, this does not guarantee the animal will not bite in the future. The force and strength associated with dog bites has been compared to shark bites, so it is always best to take special care around even the friendliest of pets.

If you’ve been injured by a pit bull, or any other type of dog, in The Villages or surrounding area, contact The Villages Dog Bite Injury Attorneys at Whittel & Melton online or call 352-369-5334.