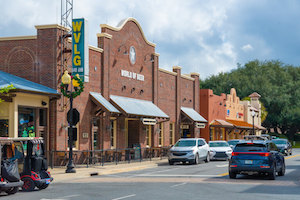 Were you or someone you love accused of driving under the influence (DUI) in The Villages, Florida? If so, speak with an experienced The Villages DUI attorney right away. A lawyer skilled in handling drunk driving allegations can protect your rights and offer the best legal defense possible to reduce or possibly even eliminate the charges altogether.

Numerous DUI arrests are made every year in the state of Florida, many of which are for felony DUI. There are a few factors that differentiate a felony DUI from a misdemeanor. If the DUI charge is a driver's third DUI within 10 years or their fourth or succeeding DUI, prosecutors can enhance the charge to felony status. Additionally, a Felony DUI can be charged if there were any injuries caused by impaired driving that resulted in a serious bodily injury or death, most commonly called DUI Manslaughter.

Unfortunately, many people fail to realize that a DUI arrest is not a simple matter and make the mistake of pursuing a charge without the help of a DUI attorney in The Villages. Even a first time DUI conviction can result in jail time and the fines associated with a misdemeanor or felony DUI can be quite troublesome.

How a DUI Charge Can Impact Drivers

It is important to understand that any type of DUI charge can negatively impact your life very quickly. Driving under the influence of drugs, alcohol, prescription medications or any combination of the three is a criminal traffic violation with criminal consequences. If you are convicted of a criminal charge, such as a DUI, it will appear on your criminal record and you will not be able to have it expunged. A Florida DUI can only be expunged from a person's criminal record if the charges get dismissed or if the person is found not guilty.

A DUI arrest can result in the loss, suspension or restriction of your Florida driving privileges. In general, if you have been charged with a Florida DUI, it is likely that your driver’s license will be administratively suspended within 10 days of your arrest. Furthermore, you usually only have 10 days from the date of your arrest to contest this suspension on your license, so it is vital to contact the Law Offices of Whittel & Melton right away so that we can file the appropriate documents with the DHSMV to protect your ability to drive in Florida.

While a DUI offense is a serious charge with severe penalties, if an accident occurs resulting in serious injuries or the death of another person, a DUI charge is escalated to felony status. Unfortunately, driving under the influence of alcohol or drugs often results in traffic collisions involving serious bodily injury or death. The frequency of these cases in Florida has compelled the State to aggressively prosecute these types of cases and enforce harsh penalties on those suspected of DUI.

If you are involved in a DUI traffic crash where someone is seriously injured, the DUI charge can be raised to a third-degree felony punishable by up to five years in prison. A serious bodily injury is defined by Florida law to mean any serious physical injury to another person or driver that poses a risk for death, disfigurement or the loss or impairment of the function of any body part or organ.

DUI manslaughter is undoubtedly the most serious DUI offense. This charge usually arises when someone is suspected of driving under the influence of alcohol, drugs, prescription pills or any combination of the three and caused a traffic accident that kills another person. DUI manslaughter is classified as a second-degree felony in the state of Florida that carries consequences of up to 15 years in prison and up to $10,000 in fines. A DUI manslaughter conviction carries a minimum mandatory prison sentence of four years. This offense can be increased to a first-degree felony carrying a prison sentence of up to 30 years if the accused leaves the scene of the accident or fails to render aid. Additionally, each count of DUI manslaughter carries penalties, and multiple counts can be charged when an accident results in multiple deaths.

How Our DUI Attorneys in The Villages Can Help You

DUI manslaughter and DUI serious bodily injury cases bring up many complex issues that need to be addressed as quickly as possible. As former criminal prosecutors, we can look at your case from a variety of angles including:

While these are just a few of the questions our firm will answer, the sooner we can investigate your case the more likely we can find favorable evidence that may help beat your felony DUI charges. Any Florida drunk driving allegation is serious, but when you are facing charges of DUI Manslaughter or DUI Serious Bodily Injury, it is absolutely essential to seek the help of an experienced DUI attorney in The Villages to explore all legal and technical aspect of your case. Along with potential prison terms and hefty fines, a DUI Manslaughter or DUI Serious Bodily Injury conviction imposes a driver’s license suspension for a minimum of three years.

When you are accused of DUI resulting in serious bodily injury or death, your future and freedom are at stake. Early intervention is critical for Felony DUI cases because investigations need to be thoroughly evaluated and if any blood tests were performed, a complete analysis of the procedure needs to be performed immediately. Whittel & Melton can assist you in fighting Felony DUI allegations and guide you through the legal process.

DUI charges are often overwhelming due to the legal complexities associated with the offense. A person can face DUI charges when they are suspected of driving a vehicle under the influence of alcohol or drugs. The term “vehicle” is a broad term which can include bicycles, boats, motorcycles, motorized skate boards, scooters, tractors, lawnmowers and even golf carts.

For many Florida residents, especially in The Villages, golf carts are an increasingly popular mode of transportation. In recent years golf carts were predominately found on the golf course, but today golf carts are seen traveling on the roads, campuses, residential communities, airports, shopping malls and of course, sporting arenas. Most people do not associate golf carts with motor vehicle laws, and believe that operating a golf cart under the influence of certain substances is legal. However, if you are suspected of driving a golf cart while under the influence of drugs or alcohol to the point that your normal faculties are compromised, you can be arrested for a Florida DUI.

What Issues Can Individuals Accused of Operating a Golf Cart While Intoxicated Face?

The central issue surrounding any DUI charge is whether the person was actually intoxicated. Prosecutors in the state of Florida must show that the driver was over the legal limit of alcohol consumption (.08) or could not maintain their normal faculties behind the wheel due to being under the influence of illegal drugs, alcoholic beverages, medication or any combination of the three.

The State has a variety of ways to prove their case against someone accused of DUI including conducting breath, blood or urine tests. Even if these tests are refused by the accused, the State can still uphold a DUI charge based upon the actions of the driver. Generally in cases without a breath, blood or urine test result, intoxication is determined by any combination of drugs (over-the counter, prescription or illegal) and/or alcohol that causes the driver a diminished used of their physical and mental abilities. In most circumstances, there is a police video documenting the detention and arrest of a person for DUI that may show the person driving, their performance on field sobriety tests and ultimately their arrest.

The possible sanctions for a first time DUI can include jail time of up to 9 months in county jail depending on the circumstances, fines ranging from $250 to $1,000, an ignition interlock device installed in your vehicle for up to 9 months at your expense, 50 hours of community service, probation, DUI school, proof of liability insurance and possible vehicle impoundment for a minimum of 10 days.

The Villages DUI Attorney: Let Us Help You Beat Your DUI Charge

If you were arrested for a DUI charge in The Villages or any surrounding areas, The Villages DUI lawyers at Whittel & Melton, LLC can provide you with all relevant information regarding Florida DUI laws, the penalties associated with DUI in Florida, field sobriety tests, driver’s license revocations, the court process for a Florida DUI, what happens after a DUI arrest, restricted license information and all other inquiries associated with a Florida DUI arrest. For a free confidential consultation, contact us online or reach us in The Villages at 352-369-5334.